We hope you enjoyed your Easter Weekend. We were very busy at The Moorings with families, couples and tourists coming from far and wide to savor our delicious fresh menu, creamy Guinness, traditional music and good old Irish craic.

Our Star Wars Movie Easter Egg Competition was another great success with so many fans guessing the correct answers we have also listed them below just in case you were unsure! 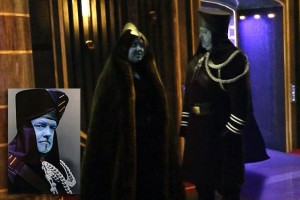 It took six films, but the saga’s creator finally made his ‘Star Wars’ debut as the Pantoran senator, Baron Papanoida, in ‘Revenge of the Sith.’ A fan of capes and epaulets, Papanoida was known to be seen frequenting the Galaxies Opera on Coruscant in the waning days of the Republic. Lucas’ daughter Katie plays Papanoida’s daughter Chi Eekway, seen at left. 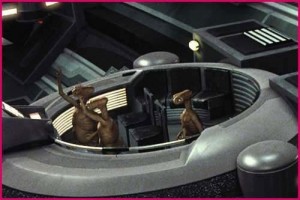 ‘The Phantom Menace’ shows members of E.T.’s race present in the Galactic Senate — and as Palpatine supporters no less! The fact that E.T.’s people come from that Galaxy Far, Far Away, yet journeyed all the way to our corner of the universe to interact with young Henry Thomas and Drew Barrymore must mean that things got a lot better in the ‘Star Wars’ galaxy, right? That they can afford intergalactic travel? Or does their departure mean that things there have only gotten A LOT worse?

When Anakin and Obi-Wan track bounty hunter Zam Wesell to the Outlander Club in Coruscant’s Underworld, they encounter many forms of recreation: death sticks, scantily-clad Twi’leks, and view screens showing some kind of all-droid version of American football, and, of course, podracing. By the looks of that snowy landscape the podracers are traversing, they’re on Ando Prime. Hell yeah, we played ‘Star Wars: Episode I — Racer.’

The YT-1300 Corellian freighter was already about 60 years old when Han Solo extolled its ability to make the Kessel Run in 12 parsecs to Luke and Obi-Wan. Turns out, it was even present at one of the most momentous battles of the Clone Wars: the Battle of Coruscant. It emerged unscathed and later docked at the Senate Office Building as seen here in ‘Revenge of the Sith.’

‘Star Wars’ fans will forever remember 1996 as the year of ‘Shadows of the Empire,’ the novel by Steve Perry that showed what happened between the events of ‘The Empire Strikes Back’ and ‘Return of the Jedi.’ One of the main ‘Shadows’ characters was Dash Rendar, a smuggler, freelancer, and captain of an even more advanced ship than the ‘Falcon,’ the ‘Outrider,’ which you can glimpse (in the upper left) taking off from Mos Eisley in the Special Edition of ‘A New Hope’ released a year later. 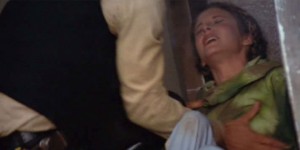 Han, my boy, the fastest way to become bantha fodder in a relationship is to grope your girlfriend in the middle of a battle. Oh wait, you were coming to her aid after she was shot? She wasn’t shot there, mate! 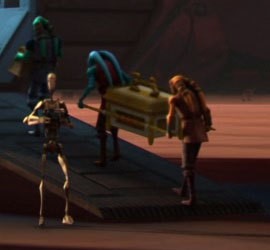 During Techno Union leader Wat Tambor’s reign of terror as the overlord of Ryloth on ‘Star Wars: The Clone Wars,’ he ransacked the planet of all its riches before the Republic could invade and drive him off planet. One of his treasures? The Ark of the Covenant, as glimpsed here. Just don’t open it or look at it! 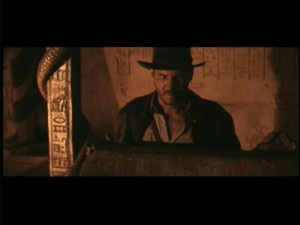 The Ark’s origin in the ‘Star Wars’ galaxy explains why R2-D2 and C-3PO are clearly visible as hieroglyphics on the left in ‘Raiders of the Lost Ark.’ 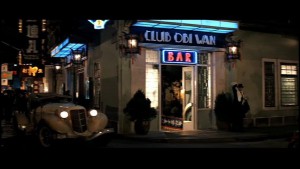 Indiana Jones’ favorite Shanghai nightclub, as seen in ‘The Temple of Doom,’ is the perfect place to hear a killer Mandarin version of “Anything Goes,” watch beefy guys hit massive gongs, trade diamonds for the remains of ancient Manchu emperors, and maybe, just maybe, get poisoned. It’s also named Club Obi-Wan, proving that Indy really is a brother from another galaxy to Han Solo. 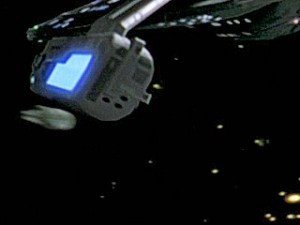 So the ‘Falcon’ was in ‘Revenge of the Sith,’ but it can also be glimpsed in our own galaxy fighting the Borg and defending Earth alongside the Federation fleet during the Battle of Sector 001 at the beginning of ‘Star Trek: First Contact.’ It gets around! (See inset.) This proves that ‘Star Trek’ and ‘Star Wars’ overlapped well before J.J. Abrams signed on to direct ‘Episode VII.’ In this case it’s that Lucas’ Industrial Light & Magic has always rendered the ‘Trek’ saga’s special effects.